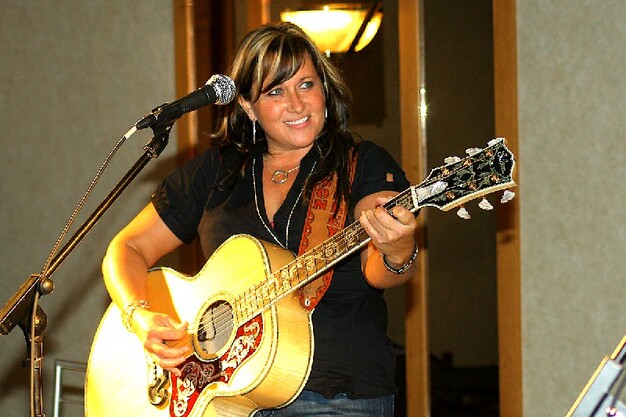 ​The performance of a song should provide a direct link to, and illustrate a powerful reflection of, an artist’s soul, and that is exactly what defines Tracy Millar as an artist.

A singer, songwriter and interpreter, Tracy Millar is all about art and craft as communication, she is a vibrant artist who understands that a deep connection can and should be made between audiences and an artist, after those same connections have been fused between writers, musicians, and performers.

Tracy Millar comes from a world far away from those where an artist’s career is shaped by listener and audience surveys, wardrobe consultants, and the myriad of variables that the music business insists are necessary to drive a career. A rural Alberta gal, Tracy is a mom, who is just as passionate about her career as a nurse and contributing to her community as she is about making fine music. And that is passionate with a capital “P”, as this recording artist never gives less than a 100 percent of her heart, and God-given talents to any project or performance.

All this wouldn’t carry much weight if Tracy Millar’s efforts over the last decade had landed on deaf ears and indifferent audiences. But the fact is Millar has been winning over the public and peers with a pure voice that comes out of the country tradition, and songs that have resonated with audiences that might be hearing her for the first time on radio or the tenth time in a live setting.

Not only have singles like Talk, Talk, Talk and Spread A Little Love Around worked their way up the charts at home, they’ve given her a great entry way into reaching audiences at radio in continental Europe, England, Ireland, Scandinavia and Australia.

“One of the things I strive for is to make every show feel like it is in an intimate setting. It doesn’t matter whether I am playing a backyard barbecue or on stage at the Big Valley Jamboree, I believe you can make that personal connection with an audience,” says Millar who is in the process of recording for her third solo album, one that will follow her 2004 release You Go Girl and her 2008 effort I’m Not That Girl Anymore.
​Reiterating that the songs she sings “have to be a reflection of real life”, Millar feels she is “on the edge of a new chapter as an artist.” Sensing she has hit her stride as a writer, expectations, from this woman who has continually set her sights high, are built on the touchstones to yesterday and material inspired by her multi-faceted life. It’s an unaltered direction in the sense that her new music, comprised of all original content, should dovetail nicely with albums that touched on her love of traditional country music and a number of songs that didn’t disguise her love for the classic country tradition.

Millar approaches her art and life with the same enthusiasm. She’s grounded, understands who she is, what her strengths are, what makes her tick, what affects her on a deeper level, and does her best to channel it into song and singing, and believes that others will continue to be moved by her music.  So far, so good, and there’s no reason to believe it won’t be more of the same as the next chapter in Tracy Millar’s journey.